First a quote: “It has always been easy to hate and destroy. To build and to cherish is much more difficult.” – Queen Elizabeth II (the Queen’s 1957 Christmas message)

Queen Elizabeth II’s passing this last week is now already old news. She is reported to have died peacefully on September 8, 2022, at the age of 96.

She made history this summer when she became the first British monarch to celebrate a Platinum Jubilee and she was the longest-reigning monarch in British history. The previous record was set by her great-great grandmother, Queen Victoria, who held the throne for almost 64 years.

Queen Elizabeth II lived a life of service dedicated to the British Commonwealth, and the wider world, for 70 years. I honor her life today by sharing several of her quotes and the wisdom contained within.

Following are five of my personal favorites. (Please note I have also included many others in the Bonus Quotes section below.)

I often categorize quotes by topic. I consider the first two quotes under the heading of positive leadership.

“It has always been easy to hate and destroy.
To build and to cherish is much more difficult.” 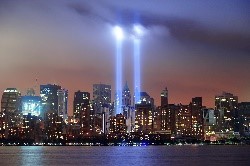 It then took another five years of planning and eight years of construction to rebuild the new One World Trade Center. Almost fourteen years in total.

We could also look at the current war in Ukraine for similar examples of destructive leadership.

Likewise, marriages, significant relationships, teams, organizations, cultures, and countries, all of which can take years or even decades to create, can be destroyed in an instant with careless words or actions. I challenge all of us to use Queen Elizabeth’s words of wisdom as a reminder to not let brief moments of strong emotions destroy the good that has been created in our world.

The second “leadership-themed” quote I picked in honor of Queen Elizabeth II is:

“I know of no single formula for success, but over the years I have observed that some attributes of leadership are universal and are often about finding ways of encouraging people to combine their efforts, their talents, their insights, their enthusiasm and their inspiration, to work together.”

It is quite easy to point out problems, (just listen to any political talk show host of any flavor), it is far more difficult to unite disparate people around a common cause for good. As the Queen pointed out above, positive leadership is about building teams of people who work together to overcome difficult challenges and accomplish meaningful results.

The third quote acknowledges the challenges we face can seem to be both overwhelming and impossible to resolve.

“But even with the inspiration of others,
it’s understandable that we sometimes think the world’s problems are so big that we can do little to help.”

While the challenges we face can sometimes feel daunting, I suggest each of us can make a positive difference in the world. The following quotes from Queen Elizabeth II provide her suggestions on how:

“On our own, we cannot end wars or wipe out injustice, but the cumulative impact of thousands of small acts of goodness can be bigger than we imagine.”

And in closing, my fifth and final selection:

“In times of doubt and anxiety, the attitudes people show in their daily lives, in their homes, and in their work, are of supreme importance.”

What will your attitude be this coming week? What small acts of goodness will you do today, tomorrow, and in the week ahead? What each of us do and say matters to the lives of those around us. Choose wisely! Live intentionally!

All the best this week!