Here be the Dragons! 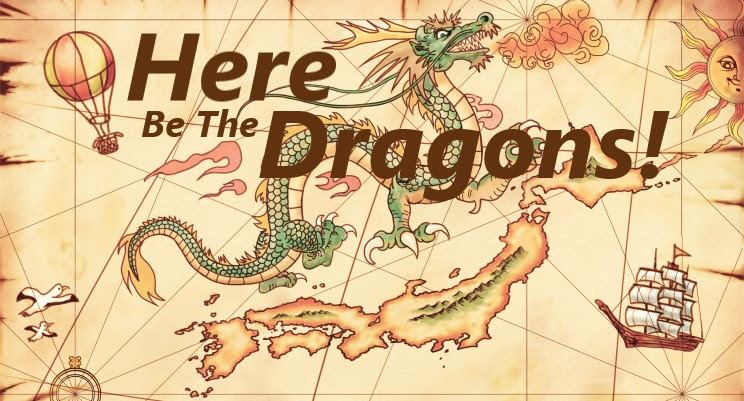 First a quote: “Fear defeats more people than any other one thing in the world.” — Ralph Waldo Emerson

As humans, many of us tend to fear the unknown and/or what we don’t understand. This tendency has prevailed for hundreds or perhaps thousands of years. Early sailors, assuming the earth was flat, feared venturing into uncharted waters certain they may indeed fall off the edge of the world.

The words “here be the dragons” were often attributed to the unknown areas of those medieval maps. Research now suggests those sea creatures and words of warning were on very few actual maps throughout history. However, the phrase “here be the dragons” has prevailed and lives on in our lexicon, sometimes in reality, and sometimes in our subconscious minds. Whether real or imagined, fear holds us back and limits our success in life.

If you have been through a corporate merge or take over, you have probably seen this “fear of the unknown” firsthand. As people look at their mental maps of the future, and the uncertainly ahead, they begin imagining all kinds of dragons and sea monsters waiting for them around every bend. This is nothing more than the misuse of their imaginations.

It has been my observation when contemplating the unknown, we tend to exaggerate possible negatives, and at the same time, we minimize probably positives.

We would be so much better served to use our imagination in more positive and constructive ways.  Is there likely to be danger in the unknown regions of the future? Certainly, there is; but there are also exciting discoveries to be made, things to be learned, opportunities to explore, and results to be accomplished. The opportunity for growth and learning is beyond our comfort zone in the land of the unknown.

Going on a job interview, instead of fearing difficult questions and possible rejection, why not focus on possible accomplishments, successes, experiences, and the value you can make available to a perspective employer. Imagine yourself in the new role solving problems and making a positive difference.

When creating your map of the unknown, instead of adding the words “here be dragons,” consider “here be the land of opportunity.”  Bonus quotes below.

How will you live, or lead, differently or better this coming week?