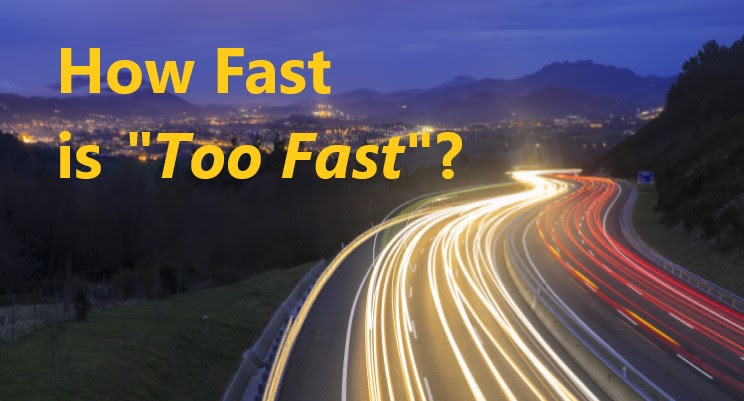 First a quote: “Speed is irrelevant if you are going in the wrong direction.” – Mahatma Gandhi

I have always been fascinated by the question “How fast is too fast?” when it comes to change-related business decisions. While facilitating change leadership workshops, I occasionally use a quote by Mario Andretti which is; “If everything seems under control, you’re not going fast enough.”

If our organizations are not changing as fast as the world around us is changing, or as fast as our competitors are changing, then we’re falling behind regardless of our pace of change. Clearly, keeping up in a rapidly changing world is important to any company’s success and long-term survival. Speed is important. Tom Peters suggests: “Good managers have a bias for action.”

And yet, we know that speed, for the sake of speed, can be foolish, reckless and dangerous.

In problem solving and strategic thinking workshops, we caution participants to avoid a phenomenon known as “Go Fever” which is very prevalent in many, if not most, organizations today. The term comes to us from the US space industry.

Wikipedia defines Go Fever as: “An informal term used to refer to the overall attitude of being in a rush, or hurry, to get a project or task done while overlooking potential problems or mistakes.” Also described as: “The tendency of individuals/organizations to be overly committed to a previously chosen course of action based on time and resources already expended (sunk costs) despite reduced or insufficient future benefits, or even considerable risks. Go fever results from both individual and collective aspects of human behavior.”

Go Fever is believed to have been a contributing factor in both the Titanic and Space Shuttle Challenger disasters. In 1912, the Titanic’s captain and his team, in an effort to break a trans-Atlantic speed record, ignored iceberg warnings reported in the area with disastrous results. In 1986, NASA ignored existing research suggesting a possible, or even probable “O-ring blowby risk” if exposed to temperatures below 53° Fahrenheit. NASA made the decision to launch even though it was only 36° on that fateful morning in January. The overwhelming media interest in that event resulted in NASA’s go fever, also now called “Launch Fever.”

“Speed is not always a constituent to great work, the process of creation should be given time and thought.” – E.A. Bucchianer

I have found Colin Powell’s “40-70 Rule” to be useful in helping leaders make better decisions in times of stress where the need for speed is critical.  The former 4-star general, and Secretary of State, used the 40-70 guideline as part of his decision-making approach as a leader.

The approach: If you have less than 40% of the data or information you need to make a good decision, take the time to collect more data. Don’t launch. Don’t go. Avoid go-fever.  If you have 70% or more, use your gut and intuition, make a go or no-go decision. Waiting for conclusive data may also have disastrous results. While all of us desire a feeling of certainty in our decisions, at some point trusting your intuition is a necessary element in leadership. Often, speed in the marketplace is still important. Waiting for additional confirming data may just allow your competition an overwhelming advantage.

Knowing your personality as a leader is important. Self-awareness and self-knowledge are critical when it comes to your approach to decision making. Do you tend to make decisions too quickly? Have you ever succumbed to go fever? Do you tend to throw caution to the wind?

Or, do you tend to delay too long, seeking certainty and conclusive data? Do you procrastinate under the banner of waiting for more information and confirmation? Do you have perfectionistic tendencies? Are you willing to make mistakes and take calculated risks?

Maybe Colin Powell’s 40 – 70% decision-making approach to leadership will work for you.

How will you live and lead differently, or better, this week?