Humor, an Essential Element of Leadership 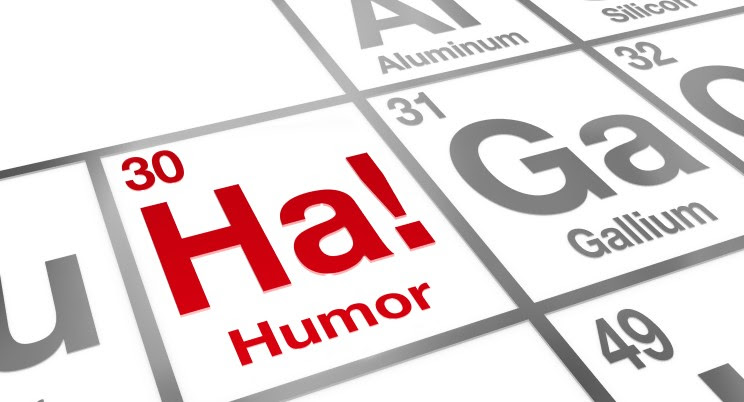 First a quote: “Everybody has used the expression, ‘Someday we’ll laugh about this.’ My question is, why wait?” – Joel Goodman

It was late afternoon, on Sunday, August 2, 1993; typical for a late summer day in Chicago, it was a hot and humid. I was outside doing yardwork when my mother-in-law called to ask if I was in front of the television. My answer, “No, I was mowing my grass when you called.” She suggested I stop what I was doing and turn on the news.

After grabbing an ice-cold glass of lemonade, I plunked down in front of the TV to see what was important enough to merit an interruption and call from my mom-in-law.  Less than 60 seconds later, my mind was racing, and I had jumped directly from a relaxed state of curiosity to full-on panic.

There, before my eyes, on every major television network, were images of Jewel-Osco’s perishable foods warehouse fully engulfed in flames and going up in smoke. (Jewel-Osco was then, and continues to be, the largest food retailer in the Chicagoland metroplex.) It was a refrigerated warehouse filled with everything from bacon, cold-cut meats, cheese and butter to fresh bananas, apples and carrots. News reporters were describing the scene, the smell of smoke and burning meat, a few said it smelled like a giant summer barbeque.

At the time, I was human resources manager for Jewel-Osco’s warehousing and distribution team. My mind was racing from one question to the next in a state of panicked shock. Is anyone hurt? Who was in the building? Did everyone get out safely? Where will the roughly 150 employees report to work the following day? How will we communicate with everyone? How will we supply our 200 stores with the perishable goods that have now been destroyed? Will we have to lay people off? Should I drive to the location or go headquarters? Oh my gosh, what should I do first?

The “first thing” ended up being a phone call with our Senior Vice President of Distribution, also my manager and mentor of many years. He also had been watching the news, and more importantly, already assembling a crisis team to handle the situation swiftly and strategically.

Reflecting on that call, now 26 years later this week, I suspect it took him about eight, maybe nine, nanoseconds to conclude I was useless to him considering my panicked mental state at the time. There was no sound of panic in his voice, not even a hint. His tone was calming, his words were measured, his voice was reassuring. He was already rallying his leadership team around a plan to move forward; confident, positive and optimistic. He even used humor as a way of getting me to calm down. This in the face of media reports already surfacing doubt about our company’s ability to recover from this disaster.

He began our conversation with, “Bryan, I want you to get up early tomorrow.” (“Get up early,” I thought to myself, “Aren’t we working through the night?”) He then continued, “In the morning, please go to all the surrounding grocery stores and buy as many hotdogs, buns, Hershey bars, Graham Crackers and marshmallows as possible. We’ll start our day with a planning meeting around the campfire. We’ll make a few S’mores and hotdogs while we’re at it. Let’s get ready for some fun! Our employees, our store associates and customers are depending on us to get this right. Let’s do it.”

I’ve never forgotten that call, or the lessons learned in those few brief minutes. Mainly, when crisis hits, don’t panic, stay calm, lighten up and use humor when possible as appropriate. Leaders set the pace and set the tone, especially in difficult times. Panicked reactions are contagious, especially when they come from the top. Confidence, steadiness and a sense of calm are also contagious, so is humor and a sense of well-placed perspective.

Jewel-Osco survived that event just fine. They emerged with a stronger distribution team and a new “state-of-the-art” frozen food and perishable warehouse. There was no measurable loss of market share, proving the pundits wrong. As an added benefit, the team streamlined inventory control processes, improved store “out of stock” ratios and improved the systems and technology used by the stores for placing their replenishment orders. All good things, all resulting from a tragedy. All with a solid team and strong leadership with a well-balanced sense of humor and perspective.

What behaviors will you display when the inevitable happens in your organization? Be the rock, be the light and be the beacon of hope for a better future. We can all be those things in good times and bad.

How will you live and lead differently, or better, this week?