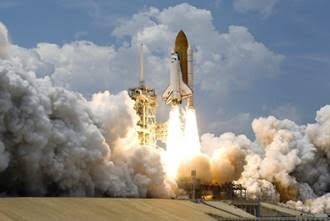 So Much Energy, So Little Progress?

First a couple of quotes: “The ‘start’ is what ‘stops’ most people.” – Don Shula
And a bonus: “Momentum builds success.” – Suzy Kassem

Have you attempted any one, or more, of the following:

If so, you know the tremendous amount of time and energy it takes just to get started, let alone experience any amount of measurable progress or success. Let’s use personal weight loss as a quick example. January 1st arrives, and we attack our New Year’s resolution with zeal and gusto. We spend hours on treadmills and ellipticals, we count calories and dutifully eat our broccoli for days or weeks in a row.

And, the reward for our efforts… the numbers on our bathroom scale are downright depressing. Our clothes are still snug. No one has commented how great we look, and what we want most… is a big bowl of ice cream. Reality sets in – we have worked very hard with discouraging results. Soon, we go back to our previous habits, lying to ourselves that we’re happier sleeping in, not going to the gym and eating what and when we like. After all, we tell ourselves, life is short, and we really do deserve ice cream.

Description generated with very high confidenceThe sad news is this; we were probably making far more progress than we realized and measurable results were just about to appear. Think about a rocket launch as a metaphor. The countdown ends, the rocket engines roar to life, fire and smoke billow everywhere… and it seems like an eternity before the rocket seems to slowly inch skyward. Just like losing weight, launching a new product, or growing a new church or business, massive amounts of energy are consumed in the early days with little, if any, visible progress. The ratio between energy invested and results achieved is way out of whack and any rational person can see the obvious decision is to quit, give up, or try something else. Or so we tell ourselves.

Most of us give up too quickly. We give in to the gravitational pull of our old habits and past behaviors, just when we may have been picking up more visible momentum. Just like a rocket breaking away from Earth’s gravitational pull… the majority of a rocket’s total energy reserves are burned in the early seconds of flight… but then, as momentum builds and the gravitational pull weakens, forward progress and speed accelerate in geometric proportions. Measurable results come faster and faster, excitement builds, momentum grows in leaps and bounds, and more people get on board. That is how cultures change, movements move, churches grow, and success expands.

Success in any endeavor takes not only massive energy reserves, but also patience, commitment, persistence and fortitude. Have you given up too early on something important to you? Maybe it is not too late to try again. To have what others don’t, we must be willing to do what others won’t.

Most of us learned Newton’s First Law of Motion someplace, somewhere, a long time ago. Part of that law stated, “An object at rest will remain at rest unless acted on by an unbalanced force.” It is sometimes called the Law of Inertia. Is inertial working for you, or against you?